Should cool factor matter to real estate investors? You bet it should. “Coolness,” while not typically a quantifiable measurement, certainly is something to pay attention to when looking at real estate. Where are young people flocking to? Which cities are experiencing rapid growth?

Cool does not pay the bills...or does it?  Cool is an important factor for today's millennials as you will read here in a second.  They are your potential renters and are the ones who will drive the values and demand for your properties into the future.  So does a "Cool" city matter?  I think it matters a lot...

Real estate investors have always looked for the little subtle advantages they can get.  When you are investing in a city away from where you live, you need to look for every advantage you can get.  Those advantages are found in locating the best team possible to do business with.  The best property management available.  Highly qualified people to help you locate the best neighborhoods, streets and properties.  And lastly, the city itself plays a HUGE factor in your decision.  You want to invest in real estate located in cities where people want to be.  Good culture, good potential and good outlook are all important...but so is the cool factor!  Whether we want to consider the coolness of a place as a contributing factor or as a matter of opinion, the fact remains — people will go where the “action” is.

Forbes and MSN Real Estate compiled a list of the “coolest cities for home buyers,” looking at six factors equally to place them on the list. These factors were:

Both Dallas and Houston ranked in the top ten. Dallas won the tenth spot, but Houston came in at number four. Houston was only outmatched by another Texas city, Austin, along with Seattle and Washington, D.C.  The factors they used are below, but the main point is evident. These cities are in high demand and this will only help the real estate values, demand and rents move positive.

The metro of Houston-Sugar Land-Baytown beat out three California contenders — San Francisco, San Diego and Riverside, which all ranked in the top ten. How did Houston measure up?

What exactly does all of that concentrated cool mean for Houston real estate? For one, it means that it will be growing. People are moving to Houston — it’s attracting young people and home buyers. According to CNN Money, it’s more affordable to buy than it is to rent in Houston. That doesn’t mean, however, that real estate investors can’t take advantage of Houston’s comparatively healthy real estate market.

The influx of college graduates in Houston (who moved to Houston at a 16% increase between 2007 and 2012, in part contributing to the net migration percentage) gives investors high hopes. Millennials often chose to rent, either by necessity or personal choice.

Because of its popularity, the Houston real estate market is going to be competitive — but if you’re looking to get in on a hot but relatively affordable market, Houston may just be the place to be.

What factors do you consider when weighing which real estate markets to invest in? Weigh in with your opinion in the comments. 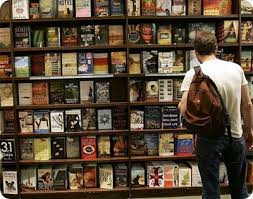