Once upon a time, the American Dream was defined in part by the goal of homeownership. People dreamed of their own plot of land and picket fence and a place to call home. In this day and age, however, Americans are realizing that they can call a place home without owning it. The attitude of people toward rental housing is changing. While the majority of Americans still would like to own a home one day, 45% of current homeowners can see themselves turning to renting.

The appeal of renting has gone up while the desire to own a home has decreased in the past few years. Overall, this trend is thanks to this country’s housing crisis that has lead to shockingly high foreclosure rates. Some Americans are afraid of risk, and most believe that we’re still in the middle of the housing crisis.

The advantages to renting are clear to a growing number of Americans. Tenants don’t have to fret about suffering foreclosures, paying for maintenance costs or the value of their homes decreasing. The flexibility of renting is also appealing to a wide variety of lifestyles.

The American Dream is changing, and renters are finding that they can achieve fulfillment and happiness in renting just as much as they can through homeownership. While some still hold some antipathy toward renting, on the whole, minds are changing. The rewards of homeownership are not regarded as well as they once were.

America is going through a transformational period in which the old forms and systems are changing, and the unconventional is becoming more conventional and even fashionable. A prime example of this can be seen through changing perspectives on housing. While the desire to own a home remains a bedrock principle in American life, this survey demonstrates that the American public’s views about housing are changing, in part due to the hangover from the housing crisis, but importantly, also because of changes in our lifestyles. The dynamic is no longer simply ‘renting versus owning’ – perspectives are more complex, and people are viewing housing in a more holistic way. Many of the positive attributes that have long been associated with homeownership are fading, and on the flip side of the coin, it is remarkable that nearly half of all homeowners can picture themselves one day becoming a renter.

For the real estate investor, the changing majority opinion on the subject of rental housing is a good omen. With renting no longer seen as a lesser compromise when one can’t afford homeownership and instead as a viable, long-term and equally fulfilling alternative, investors have it better than ever. After all, who doesn’t want to make dreams come true?

Renting is not only an option during the housing crisis, but a reflection of America’s changing priorities and lifestyles.

How have you seen the shift in attitudes towards renting in the past few years? Tell us your experiences in the comments.

Interested in learning more about getting started buying investment real estate? We have two great resources to share with you...

A Free 42-page eBook on buying out of area real estate investments!

A 'Jump Start Packet' designed to help investors understand and know
everything about our company, our cities and our processes! 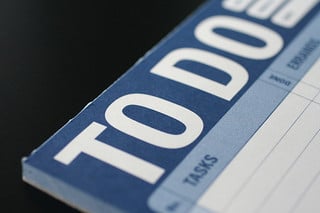 Are You Keeping Your Real Estate Investment Priorities in Check?