Real Estate Investing | Crime is Down in Memphis, Did You Know? 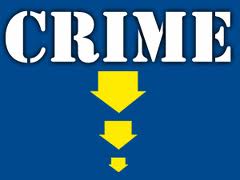 I make it a point to try and get as much information onMemphis, Tennessee and especially the real estate industry every day.  Often that means reading as many different newspapers, periodicals and blogs to make sure I am up to date and able to tell the most accurate story possible about investing in Memphis.  Every once in a while, I come across something that, even though it doesn't have anything to do with real estate investing...it does!

I was reading The Daily News from Friday and an article by Dan Conaway jumped out at me.  It encapsulated the answer I have had to give time and again to investors that are worried about the crime in our city.  You see, they get their stories from 'First 48' or the show 'Cops'.  Two shows that thrive on sensational story telling and only show the worst of a city night.  Coupled with the fact that Memphis is very straight on the reporting of crime, and our city ends up on some very negative lists.

But here is the rest of the story...

Dan Conoway wrote in his article (which I am linking to here) about the substantial declines in Memphis crime over the last 6 years and how programs such as Operation: Safe Community have very ambitious goals of reducing crime even more.  Dan noted that Memphis is one of 6 cities across the country collaborating on a national plan to reduce youth violence after the Justice Department visited Memphis to review the Memphis Youth Violence Prevention Plan.  In the end, none of this would matter if the statistics don't show an improvement.  And they do...

There is a bigger story than the one told by the news and certainly bigger than what is seen on the T.V. crime series.  Dan's story in The Daily News highlights that not knowing the reality of what is going on is no reason to sour on Memphis.  It's time we get the real story out!