Several Memphis companies are continuing with plans to expand operations, invest in new equipment and infrastructure and hire new employees.  While there is still some economic uncertainty, there also seems to be an air of optimism surrounding plans by companies headquartered and operating in Memphis for an economic turn-around.  That turn-around is fueling plans for increased warehousing and distribution needs.  We are often asked about the real estate landscape in Memphis and investing in Memphis property has as much to do with the economic outlook as it does the house itself when it comes to long-term success.  Investors should be looking for areas of the country that are stable and reliable when it comes to the greater economy as that will be a sure driver for real estate demand.

Here are some recent economic announcements:

Zimmer Holdings Inc., an orthopedic device maker, announced plans to close a national distribution center in Indiana and shift those operations to a distribution facility in Memphis, Tennessee.  According to Garry Clark, a Zimmer spokesman, the move will help Zimmer to take advantage of the FedEx Express world shipping hub.  Memphis is an international hub and the move will allow them to facilitate same-day shipping for last minute medical procedures.  They plan for shipping to begin in the 3rd quarter of this year.

Light Wave Solar, a Nashville based solar energy company, has announced plans to open a Memphis office to help facilitate growth in this market.  After beginning their largest project to date at Shelby Farms in Memphis, Tennessee, the Nashville firm wants to continue to grow in the Memphis market.

Fleischmann's Company, which operates a yeast manufacturing and distribution facility in Memphis announced plans for a $10.5 million upgrade and expansion of their Memphis operations.  The announcement calls for increased use of technology and expanding the small workforce to increase production at the plant.

KTG USA, the paper milling company announced plans to hire an additional 100 employees in Memphis as part of a $316 million upgrade and production increase at their Memphis distribution center.  With the addition of the new equipment, the paper company hopes to continue to grow the White Cloud brand of tissue paper.

Each of these small announcements, along with the groundbreaking and beginning of hiring operations for both Electrolux and Mitsubishi Electric, add up to excitement for a region that the Federal Reserve highlighted in their last reports for the up tick in economic activity.  While there is a long way to go for the economy, positive signs are good signs.

If you'd like to keep up to date with Memphis economic news, just let us know below! 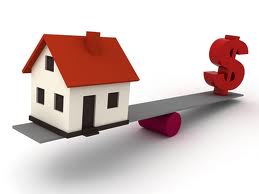 Real Estate Investing 101: How You Can Buy Investment Property