When Memphis Invest, GP travels to different parts of the country meeting with investors, one of the first suggestions we make is to forget about the houses for the time being and concentrate on the market.  More to the point, concentrate on the economics of the market and the fundamentals of that economy.  Memphis and even Dallas, which is our newest market (more on that later) both have strong economic prospects.  Once an investor has identified that the market they are studying, then the team and investment property decisions can be made.

Along that line of thinking, we always keep a close eye on the news coming out on the Memphis economy and a recent report on the impact the move of Electrolux is having on local companies caught my eye.

In a Memphis Business Journal article from the June 29th edition, Micheal Sheffield reported on the impact that the initial construction phases of the project.  If Electrolux North America Chief Executive, Jack Truong is correct, the facility will be open and the even greater yearly impact of operations will be felt by the end of 2012.  The initial $80 million contracts were awarded with $64 million going to local companies and $24 million of that $63 million was awarded to minority and women-owned businesses.  Additional contracts will be awarded toward the end of the project for cleaning and building material removal.

If you are wondering how this plays into the local real estate market, I believe it has several implications.  The first and probably most important is public sentiment.  When communities are moving in the right direction, the price of real estate goes up.  It goes up because there is more demand for housing, both from first time buyers and from those moving up.  The same holds true for renters.  When people have more disposable income and higher wages, many would choose living in a single family home with a fenced yard long before they would choose to live in a housing or apartment complex.  As more renters choose to live in single-family homes, the rental rates of those homes go up due to higher demand.

The health of the economy helps in many other ways as well.  When a company like Electrolux moves their international headquarters to Memphis or a company like Mitsubishi Electric chooses Memphis to build a major industrial manufacturing plant, these decisions bring jobs with them.  Some of those jobs are filled by local Memphians and others are filled by current or new employees who move to the city.  When these operations begin in Memphis, they are followed by hundreds if not thousands of ancillary jobs and some of those are filled by new residents as well.  As long as a city is growing, adding net-positive jobs, there is opportunity for a real estate industry to improve.

We will continue to monitor the news and add some reports on Dallas in the very near future!  If you would like to be kept up to date on all economic news - just let us know below:

Here are the local business who won the initial contracts: 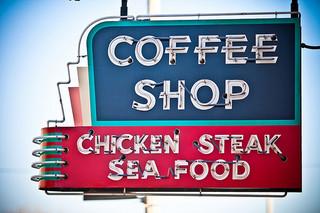 The Truth About Discount Properties