Memphis One Of America's Most Affordable Home Price Cities

The housing crisis actually has its roots in early 2006 and has since cost homeowners trillions of dollars in lost value, underwater mortgages, credit headaches and default nightmares.  But, the market has also made it possible for savvy real estate investors to purchase homes at discounted rates and in many cases revitalize those homes to staunch the tide of downward spiraling home prices.  Now that home prices in many parts of the country are showing signs of leveling off and in some areas actually rising, it is a good time to actually take note of where you can still find discount investment properties.

Fiserv, a technology solutions provider to the financial world, recently released its first-quarter 2012 report on home prices. The report includes home prices for 198 metropolitan areas, as well as median annual household income. The Fiserv report also measures the affordability of homes by ranking median home price as a percentage of median annual income. Based on Fiserv’s report, 24/7 Wall St., an online portal for financial information and opinion articles,  identified the 10 most affordable housing markets in America.

Five of the metropolitan areas on this list are in Michigan, with another metro area based in Indiana but consisting of some Michigan households. Fiserv Chief Economist David Stiff told 24/7 Wall St. that much of this has to do with the decline of automobile industry jobs in the state. Stiff notes that homes in many parts of Michigan were already relatively cheap before the recent economic downturn. However, the loss of auto manufacturing jobs and the unemployment that ensued pushed housing prices down even further.

More broadly, nine of the 10 metropolitan areas on this list are in the Midwest.  Memphis is the only metropolitan area on this list not located in the Midwest. While home prices of $79,000 are the third lowest of all metropolitan areas measured, home prices are expected to rise at an annual rate of 6% between 2012 and 2017, more than two percentage points more than the national median. Home prices are expected to rise 8.6% next year alone, one of the biggest growth rates in the country. According to Stiff, Tennessee’s expected home price is probably due to demographics — population growth will likely be higher in states such as Tennessee compared to industrial Midwest states such as Michigan and Ohio.

It is very good to hear third-party confirmation of much of the message we have written about and reported over the last two years.  The reality is that CHEAP does not always make for good investment and areas that will have trouble growing will also have trouble appreciating.  Not only will there be trouble appreciating, there will be trouble keeping properties occupied and providing a consistent, positive cash flow for passive investors.  I think the message should be fairly clear that midwest cities will lead the nation in affordability index, but the full economic picture needs to be considered before investing in an area.  These might be great places to purchases cheap houses, but without jobs and growth, uncertainty remains for real estate investors.  With the growth in both population and jobs for the Memphis MSA, it appears to be the only city that is actually growing and presenting investors with a great option for the future of their portfolio.

If you want to be kept up to date with all of the latest news on the Memphis economy and Memphis Invest, just click below and register!

32% Of Real Estate Investors Would Do This... 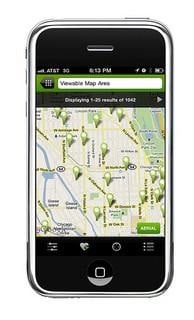