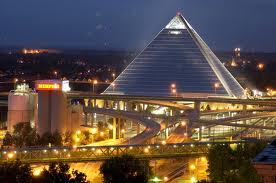 So now we know that the Bass Pro Shops plan to be right on track with the opening of the Memphis Super Store in Downtown Memphis Pyramid and just in time for the Holiday season of 2013. I think this gives Memphis real estate investors a big reason to cheer.  The positives of a project like this one go far beyond simply economics.  As Memphis continues to reach out and recruit more major international companies to relocate to Memphis, having family friendly attractions that also add to the tourist draw of the city can do nothing but improve the cities positives.  That growth makes for a stronger over-all real estate market in Memphis.

According to the owners of Bass Pro Shops, the plans remain "fluid", not always a good word but for now we are remaining optimistic, and the final product may not be as grand as first envisioned.  That being said, according to an article in the Memphis Flyer, the project still sounds pretty cool and like a major job provider as well as an expected tourism boon for Downtown Memphis.

There are still plans for a hotel on site with the rooms being located on the interior.  I don't think the plans are finalized yet and there is some discussion that the lodging may be hotel rooms or even cabins.  With construction slated to start in February, let's hope they get the plans finalized soon.  On a positive note, the Bass Pro logo will be visible from all four sides of the Pyramid making the iconic downtown building a sure draw for visitors who view the building the air on approach to the Memphis International Airport from the West and North as well as those driving across America's busiest highway, Interstate 40.  It doesn't sound like the band of glass surrounding the building is still going to be completed, which makes the likelihood of an observation deck a little lower.

The Memphis Flyer wrote a great blog detailing the plans back in December and, if they do everything that is mentioned in the Memphis Flyer article, I can only say that this place ought to be awesome!  Whether you are an outdoor enthusiast or a hunter or neither, this place sounds like it is going to have some features that families are going to love.  That is one of the things I like most about the project.  Memphis needs to capitalize on "family".  There is so much to do in Memphis and adding another attraction designed to bring in tourists and families and not just hunters and outdoor shoppers can only be good for the city.  It appears that there will be over 200,000 square feet of space used inside the pyramid and they plan to include a life like swamp, a zip-line through trees, boat slips to get the "realistic feel" of a boat in water and I'm quite sure the signature attraction of every Bass Pro Super Store will be present, a fish tank.

While Bass Pro Shops will be the only retailer occupying the space, they also plan to have a restaurant on site as well as some sort of coffer shop, possibly a Starbucks.  Much like other major Memphis projects, the outside entrance is planned to be spectacular so as to attract as much attention and capture the imagination from the beginning.  Walking trails, plants, trees, man-made ponds and even a stream are planned for the main entrance on the south side of the building.

I was just in downtown Memphis last week having lunch with Mayor A.C. Wharton, Jr. and had a chance to see the pyramid and the surrounding area for myself.  I will say this, when the city is planning to bring in a developer soon to re-develop the Pinch district of Memphis from the Pyramid to the St. Jude Children's Hospital campus, this area is poised for a major comeback!  This will lead to much needed and over-due improvement to this area.  There are so many buildings and businesses waiting to be developed and discovered.  From Alcinia's restaurant, to the trolley stops on North Main, to the restaurants, bars and former nightlife in the Pinch District, this is a great area of Memphis in need of a little attention to grow and thrive.  Considering that the entrance to Mud Island is on the north side of this area and before the Fed-Ex forum was built this was a bustling area of Downtown Memphis, the entrance by Bass Pro Shops to the Pyramid is going to a welcome stimulus to drive dollars to this area.

So it only took eight paragraphs to get around to how this is good for real estate investment!  I have always said, I want to invest in a growing thriving city, with leadership that attracts new businesses, new population and new development dollars.  These are all positives and while many cities around the country can showcase new projects, very few have the investment environment on the real estate side like Memphis.  I'm excited by the new possibilities. 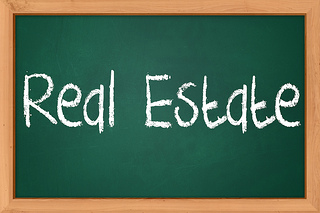 3 Real Estate Book Recommendations to Make You a Better Investor