While none of us expects changes in the housing market over the next few years in terms of major appreciation, there will be some localized, smaller market cities that fare better than others.

Lucky for www.MemphisInvest.com, Memphis, TN. is named as the 4th best metropolitan area based on Case-Shiller Index numbers.  Moody's Economy.com forecast the 10 best and the 10 worst markets for market appreciation between 2009 and 2013. For the past several years we have been promoting Memphis as a strong real estate investment market because of its lack of major swings in pricing up or down.  Now that slow, plodding price appreciation that Memphis is known for, is going to actually pay off for investors as they sink their teeth into fantastic deals and enjoy positive appreciation instead of negative.

The other fantastic thing about Memphis is that, unlike other cities on the list, there are no glaring negatives to the steady growth and continued success for investors looking for cash flow.  Memphis is not getting battered by job losses the way the Ohio cities are.  We are not tied as closely to the industries such as Auto that are causing such job losses there.  Unlike some of the other western cities on the list, Memphis has EXTREMELY affordable housing with fantastic 3 bed/2 bath houses often priced below $60,000 for investors to purchase.

If you are looking for solid, long-term investments, then avoid the markets you hear so much negative news about each week and concentrate on great mid-west cities such as Memphis for your long-term success. 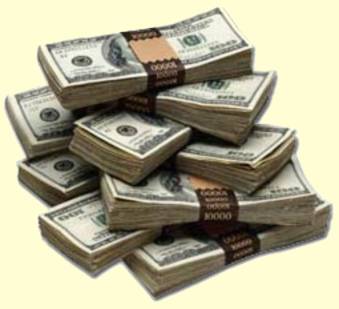