We Could Invest In Real Estate Anywhere...We Choose Memphis!

There is something special about Memphis and the people who live here.

I've been lucky enough to live in three great cities in my life.  I grew up in Dallas, Texas and loved every minute of it.  Being born in Texas, I still claim to be a Texan and I guess I always will.  I still have family, friends and business associates in the the Dallas Ft. Worth metroplex and as many of you know, my family recently started DallasInvest.com as our second city of operation.  What a great city and a fantastic place for single-family rental investments.  But that is a story for another day.  Today is all about Memphis.

Before I can really tell you how great Memphis is as a place for families, business, education, outdoors, etc...you have to understand that I left here once.  I moved to Denver, Colorado when I was 30 years old with a wife and one son and started my first business there.  Denver is truly one of the most beautiful places on the planet and I was lucky enough to live right at the base of the Rocky Mountains.  We traveled the Front Range camping, skiing, hiking and had a great time going to NFL, NBA, MLB and Hockey games.  The city was wonderful and the downtown area was in full remodel, but something was missing.  There is something special about the South that we couldn't find in Denver - the southern spirit of the people.

We had lived in Denver for five years and had our second son when we came for my younger brothers college graduation from the University of Mississippi and spent a week in Memphis visiting family.  Two days after returning to Denver, we made the decision to move back.  The city and all of the surrounding Mid-South has such a draw.  The people are friendly if you will let them be and there is a real sense of pride.  A pride at being from the south, being a lady or a gentleman, being a good person and welcoming others.  Most of the time you can feel that warmth and welcoming spirit and it continues to grow to this day.

This is the main reason why the Clothier family has continued to grow our real estate investing business right here in Memphis instead of moving to other, larger cities like so many have advised us to do.  So few people know that my brothers and I are third generation entrepreneurs and for Brett and I, Memphis is where we live and the city that we love.  We are dedicated to delivering on the promise that we have made to over 700 real estate investors that we will continue to look after their investment property in our city like it was our own.  Kent Clothier, Sr. has taught us a lot of lessons over time, but one that continues to stick to this day is loyalty.  This city remained loyal to our family and supported our grand father and grand mother in their entrepreneurial spirit and our family is going to return that favor!

That is why I was so proud to read Cort Gatliff's open letter to T.J. Simers nasty column on Memphis while covering the NBA playoffs.  Gatliff is a University student and posted what many in Memphis felt was an eloquent and dignified response to the nonsense from T.J. Simers.  Here is how writer David Brown, a sports writer, described T.J. Simers in a March article:

"As a sports columnist for the Los Angeles Times, T.J. Simers fears little, if anything. He treats most of his subjects with a heavy dose of circumspection and sarcasm, and several of them with contempt. He can be brutal at times. A lot of people don't like him, actually. Jim McMahon once blew his nose on Simers' face. That T.J. Simers."

He was at it again this week taking on a city that many of us love and while he is paid for his brutal and sarcastic take on subjects, I think Gatliff won this battle.  Here is Gatliff's response to Simers' Memphis article:

Editor's note: Los Angeles Times sports columnist T.J. Simers, in Memphis to cover Game 3 of the Grizzlies-Clippers series, derided the city as "a rathole." He suggested that Memphis is so dangerous it would be wise to wear a bulletproof vest when going out.

So Cort Gatliff, a Memphian and a journalism student at the University of Tennessee, sent us an open letter to Simers that we decided to post here for you to read.

I read your column in the L.A. Times yesterday. You know, the one where you had nothing creative or new to say, so you relied on the overused shtick of trashing Memphis’ crime level to express your frustration with losing a game; the column where you refer to Memphis as a “rathole” and you cleverly suggested bulletproof vests should be handed out at games instead of Growl Towels. I didn’t want to dignify a childish, arrogant column with a response, but I’ve got some things to say. I thought about explaining to you all of the reasons why I would never live in Los Angeles (trust me, there are plenty of reasons), but I realized that trashing someone else’s city is tasteless and shows such a supreme lack of class that I would never want to sink to that level. My mother raised me better than that.

So instead, let me offer you an invitation. Next time you’re in town, give me a call. Let me show you around Memphis—the Memphis that I know. Not the Memphis you think you know. I’ll tell you about Memphis Teacher Residency, a program that gets some of the best and brightest teachers to commit to teaching in a Memphis public school to help improve the city’s education system. I’ll tell you about all of the college graduates I know who are turning down lucrative job offers to return to Memphis because of the tight knit sense of community throughout the city and the desire to make it a better place. I’ll take you to Central BBQ and we can talk about all of the positive things happening around town while we eat some BBQ nachos, which are tastier than anything in L.A., to be sure. We can go to a Redbirds game and I’ll show you that Memphians aren’t afraid to go downtown.

Listen. Our city isn’t perfect. And we know that. We don’t need some west coast hotshot coming into our town and pointing out our scars. Anyone can criticize, but it takes leaders to make a change. Our city is full of men and women who believe in Memphis and who have dedicated their lives to make it a better place.

And that’s why I love Memphis. That’s why I believe in Memphis. Write as many unoriginal jokes about how rundown Memphis is as you want—we can handle it. Your temper tantrum does not faze us. But if you want to understand why we rally around the Growl Towel, why we love the Grizzlies and why people who live in Memphis truly believe it’s one of the greatest cities in the country, let me know. I’d be happy to show you around my hometown.

P.S. – You can leave your bulletproof vest at home. You probably need it more in Los Angeles.

Well put Cort!  And thanks for putting into words why so many of Memphians and Memphis entrepreneurs are standing up and fighting for the city! 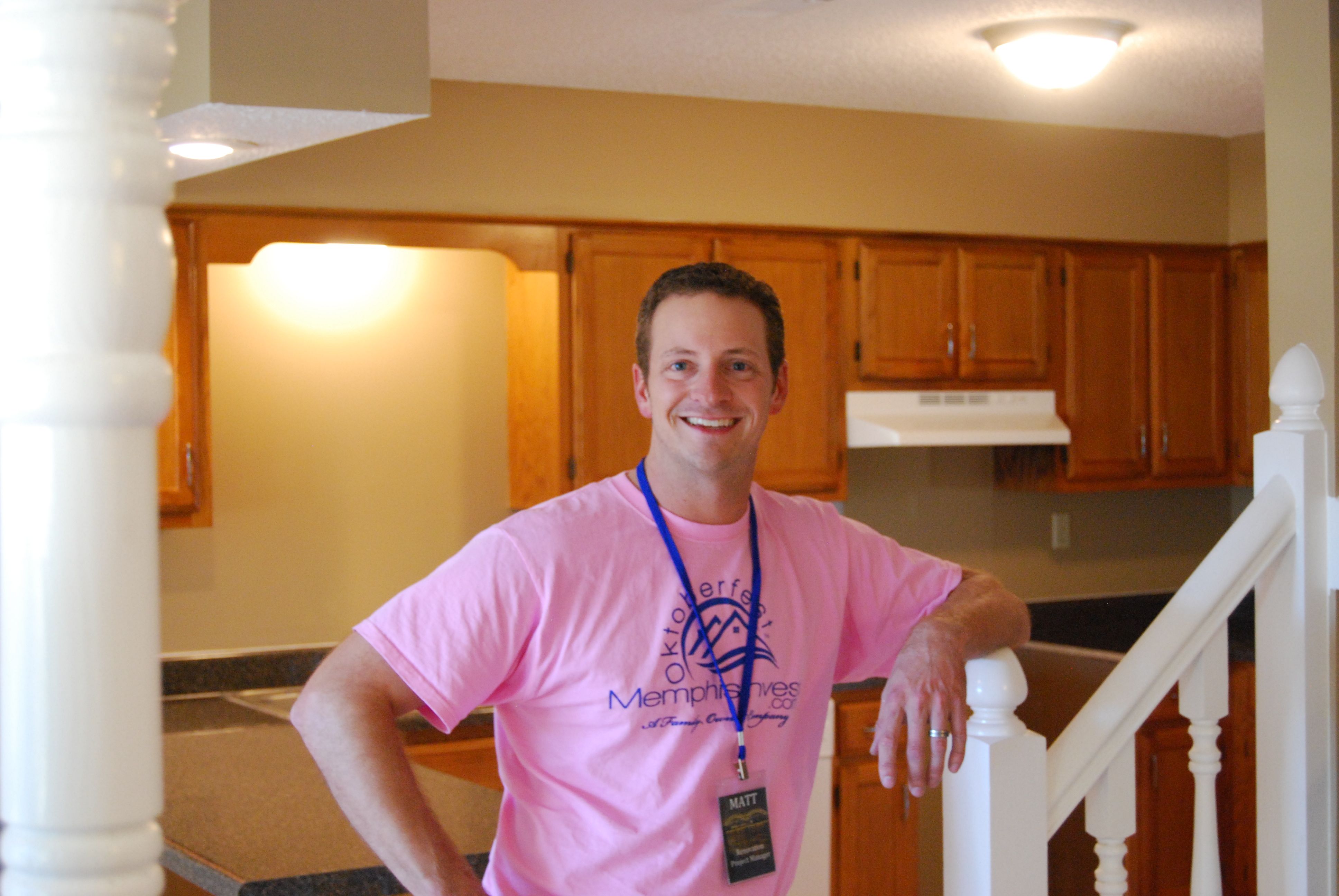 Memphis In May With Memphis Invest...1 Week out!